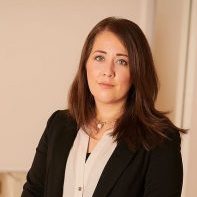 Anna Mercer is a Senior Consultant at Stratagem, Belfast’s leading public affairs agency which is part of the Westminster-based Connect Group. Anna advises clients in the public, private and third sector on their engagement with government on issues including Brexit, cultural integration, sustainability and wellbeing. She has played a key role in progressing Historical Institutional Abuse legislation, providing pro bono support and advice to a victims group in their strategic political engagement, lobbying politicians locally and in Westminster on the need to deliver for victims and survivors. A former political advisor to the SDLP, she worked in the Northern Ireland Assembly from 2008-2013, and latterly as Communications and Engagement Manager to the Commissioner for Older People. Originally from Cushendall, Co. Antrim, Anna now lives in Belfast, and is a graduate of the University of Glasgow.