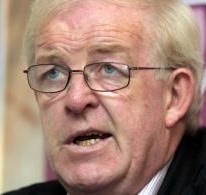 Writer and columnist, lecturer in economics at UCD, he has worked at the Economic and Social Research Institute, the Central Bank of Ireland, and with the economic consulting firm DKM. Since 2005, he has been lecturing in Economics at UCD. One of three members of The Expenditure Review Committee (known as An Bord Snip) established by the government in 1987 to recommend cuts in state spending, he chaired An Bord Snip Nua in 2008, commonly know as the McCarthy Report. Colm is a graduate in Economics of UCD and of the University of Essex.