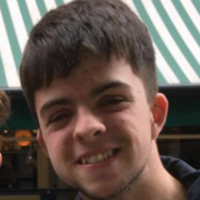 Conal O’Boyle is a sixteen year old school climate striker from Donegal. His passion for environmental awareness and action initially came from a stark message he received as a child. Since then, Conal has tried to become more involved in raising awareness of the impending climate crisis, and upon hearing about Greta Thunberg and the Fridays For Future strikes, he, along with hundreds of others across the world, planned strikes in their local areas to contribute to the national and international calls for Governments to take climate action. The main objective of Conal’s activism is to ensure top-down legislative change is taken to tackle climate change. He amalgamated his passion for climate action and his love of politics by joining the Green Party in March 2019, and he says that “you can not separate climate change from politics, and you can not sit on the fence if you want to complain. That applies to every issue in life really”, and he encourages all young people to get involved in politics.