Mr Denis Bradley was educated at St Columb’s College, Derry and later studied in Rome. He served as a priest in the Bogside and was a 26-year-old curate on Bloody Sunday but left the priesthood later in the 1970s. Mr Bradley lives in Derry and was a founding member of Northlands alcohol and drugs residential counselling centre in 1973. He served as chairman at the Charity for a number of years and he remains involved with the work of the centre, as a consultant. He was Vice Chairman of the Northern Ireland Policing Board since its formation on 4th November 2001 until his resignation in 2006. A well known political commentator, Denis also writes a monthly column for the Irish News and received an Honorary Doctorate of Law from the University of Ulster (July 05) for his contributions to the community and the peace process. In 2007 he was appointed co-chairman, along with Rev. Robin Eames of the Consultative Group on the Past in Northern Ireland. 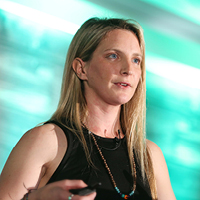