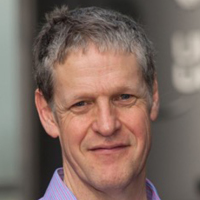 Duncan Morrow is Professor in Politics and Director of Community Engagement at Ulster University in Belfast.  He has worked directly in the fields of conflict resolution, Northern Ireland politics and the relationship between religion and politics including a strong interest in prisons, the pathology of violence, policing and criminal justice. His current research interests include inter-group peace and conflict, religion and violence Northern Ireland Politics and the work of Rene Girard.  Between 2002 and 2012, Duncan was Chief Executive of the NI Community Relations Council.  In 1998 he was appointed as a Sentence Review Commissioner responsible for implementing the early release provisions of the Good Friday Agreement, and since 2002 he has been a Ni Parole Commissioner. Between 2012 – 15 he was chair of the Independent Advisory Group on Tackling Sectarianism which advised the Scottish Government.  In 2015-16 he also chaired the Scottish Independent Advisory Group on Hate Crime, Prejudice and Community Cohesion.  Since 2018 he has been actively engaged in political and community efforts to Northern Ireland society away from sectarian division and paramilitarism.