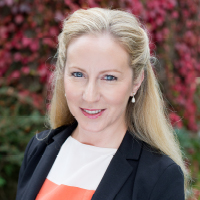 Dr Mary C. Murphy holds a Jean Monnet Chair in European Integration and is a lecturer in politics with the Department of Government and Politics, University College Cork.  Mary specialises in the study of the EU and Northern Ireland politics. Her latest monograph Europe and Northern Ireland’s Future: Negotiating Brexit’s Unique Case was published by Agenda Publishing/Columbia University Press in April 2018. Mary graduated from the University of Limerick in 1995 with a BA (Hons) European Studies degree. Her postgraduate qualifications include an MSSc European Integration obtained from Queen’s University Belfast in 1996. Following graduation, she worked for two years as a political researcher with the Northern Centre in Europe, based in Belfast. She later returned to continue her studies as a PhD student at the Institute of European Studies at Queen’s University Belfast. Her PhD was awarded Special Mention in the European Union’s Committee of the Regions Annual PhD Thesis Competition in 2004. She joined the Department of Government, UCC in 2003. Mary also holds a Postgraduate Diploma in Teaching and Learning which she obtained from UCC in 2006.