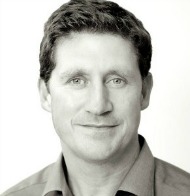 Leader of the Green Party, he was re-elected to Dáil Éireann in February 2016. He has spent the last twenty years working at the highest policy level in local government, the Dáil, and in the European Council of Ministers. Eamon currently represents the constituency of Dublin Bay South in Dáil Éireann, having previously served as TD for Dublin South from 2002 to 2011 and was Minister for Communications, Energy and Natural Resources from 2007 to 2011.