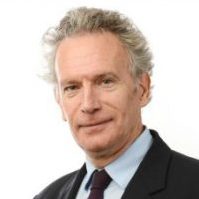 Columnist, assistant editor and drama critic for The Irish Times and was drama critic for the New York Daily News from 1997-2001. Born in Dublin, he was educated at UCD and is an author of several books on a broad range of subject matter including, The Politics of Magic:The Work and Times of Tom Murphy and a biography of Richard Brinsley Sheridan.  He has written for The Irish Times since 1988.  In 2012 he was a Visiting Lecturer in Irish Letters at Princeton University.  In his columns and books, he is a strong critic of political corruption in Ireland and of the lack of reform of the social, economic and political structures of the country.  His recent works include, Ship of Fools, How Stupidity and Corruption Sank the Celtic Tiger(2009) and Enough is Enough: How to Build a New Republic(2010)