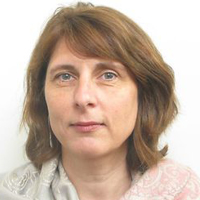 Deike Potzel was appointed German Ambassador to Ireland in 2017.  She is an experienced diplomat having served in the Foreign Ministry in Bonn 1995-7 and thereafter in Singapore as Press and Political Attachee, in Tehran as Head of the Cultural, Press and Science section and thereafter in Berlin in various positions in the foreign Ministry including as Desk Officer for EU-Enlargement, Deputy Head of Division for Personnel & Staff Development. From 2012 to 2014 she was Head of the Personal Office of Federal President, Herr Joachim Gauck and before coming to Dublin was Deputy Director-General for Central Services at the Foreign Ministry in Berlin. The Ambassador studied English and French Language and Literature at Humboldt University in Berlin and from 1993 to 1995 was a student of the Foreign Service Academy of the Federal Foreign Ministry then located in Bonn.