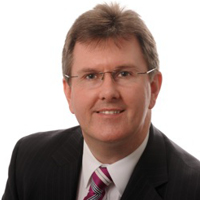 Sir Jeffrey is Chief Whip of the Democratic Unionist Party (DUP) at Westminster. He is Northern Ireland’s longest serving current MP.  Born in Kilkeel, Co Down, he attended the Kilkeel High School. He joined the Ulster Unionist Party and the Orange Order while still in his teens and later worked for the MP Enoch Powell and then the leader of the Unionist Party, James Molyneaux MP. Two of his cousins, Sam Donaldson and Chief Inspector Alex Donaldson were killed by the IRA in 1970 and 1985.  As a reaction to the IRA campaign, Jeffrey Donaldson, following in his father’s footsteps, joined the Ulster Defence Regiment(UDR) at the age of 18.  In 1985, he was elected to the Northern Ireland Assembly and in 1997 as a member of parliament for the Lagan Valley constituency. He disagreed over some parts  of the Good Friday Agreement which led to ongoing friction between the then leader of the UUUP, David Trimble, and himself. This resulted in Donaldson, with two other UUUP MPs resigning the Ulster Unionist Whip at Westminster. Following the huge success of the DUP in the Assembly elections in 2003, having called for David Trimble’s resignation, Donaldson and Arlene Foster resigned from the UUUP and in 2004 joined Ian Paisley’s Democratic Unionist Party(DUP) and in 2005 Sir Jeffrey was re-elected to Westminister.  He was appointed by Peter Robinson to the position of Junior Minister in the Office of the First Minister and deputy First Minister in the power-sharing government  from 2008-2009.  He was re-elected to Westminster in 2010.