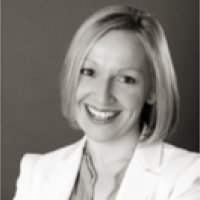 Lucinda Creighton is a former Irish Minister for European Affairs and CEO of Vulcan Consulting Ltd. She was a member of the Irish Parliament for nine years, having first been elected in 2007.  She assumed the role of Minister for European Affairs in 2011 during the financial crisis.   She also served as the Vice President of the European People’s Party (EPP) – the largest political party in Europe – from 2012 to 2014.  Lucinda is an advisory board member of the International Republican Institute (IRI) and a Council Member of the European Council on Foreign Relations (ECFR). She is a senior advisor to US NGO the Counter Extremism Project (CEP).  In 2018 she was appointed by the Minister for Agriculture to the board of Horse Sport Ireland (HSI), the governing body of equestrian sport in Ireland.  By training, she is a Barrister and is qualified as a New York attorney. As a former Irish Minister for European Affairs, Lucinda has a wealth of EU experience. She represented Ireland at top-level ministerial meetings in the EU and with other European leaders.  She ran Ireland’s Presidency of the Council of the European Union in 2013.   Her responsibilities in Government involved developing new and managing existing diplomatic relationships with key European allies, in particular with the UK given the vital Irish-Anglo relationship. She has deep insight into  the ongoing Brexit negotiations, having worked closely with both the UK and the EU institutions for many years.  She regularly provides insight into the current state of play with Brexit, both on the media and to corporate clients. Lucinda is the founder and CEO of Vulcan Consulting, a leading EU government and regulatory affairs firm with offices in Dublin and Brussels. Vulcan offers specialist advice to Irish, European and global firms on the complex EU decision making process and on regulation.