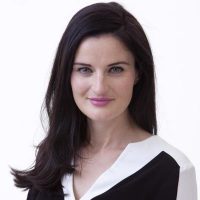 Mary Regan is a Political Reporter with RTE News and contributes reports and analysis to a wide range of programmes for the broadcaster. From Galway, she has a BA in Journalism from DCU  and MA in European Politics from UCD.  She joined RTE from the Sunday Business Post where she held the positions of News Editor and Public Affairs Editor. She was previously Political Editor for the Irish Examiner UTV Ireland.  Mary has covered a number of general elections here as well as the 2015 UK election and Brexit referendum. She has covered the European Parliament and European Council meetings as well as writing about human rights and other political issues from Cuba, Ethiopia and Uganda.  In 2012 Mary was invited by the US State Department to take part in the prestigious International Visitor Leadership Programme for emerging young leaders and was awarded and Edward R. Murrow professional scholarship.