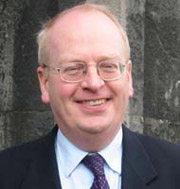 Michael McDowell was elected to Seanad Eireann in 2016 as in Independent member on the NUI panel. Former Attorney General and former leader of the Progressive Democrats.  First elected to Dáil Éireann in 1987. Was appointed Minister for Justice, Equality & Law in 2002 having served in the Fianna Fáil/Progressive Democrats coalition as Attorney-General 1999-2002.  He was elected leader of the Progressive Democrats in 2006 in the wake of Mary Harney’s retirement and became Tánaiste in Bertie Ahern’s coalition government but lost his seat at the general election of 2007 and announced his retirement from politics.