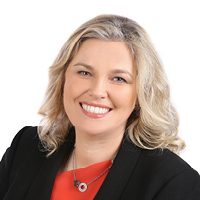 Noelle O’Connell was appointed Executive Director of European Movement Ireland in April 2011.  European Movement Ireland is Ireland’s longest established Not for Profit membership organisation dedicated to developing the connection between Ireland and Europe founded in 1954.  As the organisation’s Executive Director, Noelle is the public spokesperson for the organisation and she regularly makes appearances on national and international media to give commentary on the ongoing Brexit negotiations, as well as the latest developments across the EU and in Ireland.  Prior to leading European Movement Ireland, Noelle provided business development training, education and public affairs consultancy to a wide variety of both private and public sector clients.   Noelle is a voluntary Director of the board of Alliance Française Irlande, and in 2017 was awarded the French Chevalier de l’Ordre National du Mérite.  She is also a member of the Institute of Directors, the CIPD, and is a Fellow of the Irish Institute of Training and Development (IITD).  She has a BA Hons in European Studies, French and Spanish from University College Cork, Ireland, a DEUF Diploma from Université de Jean Moulin, Lyon III, France and a MSc in International Relations from the University of Edinburgh, Scotland.