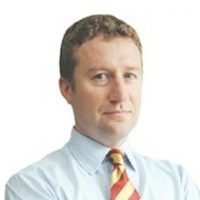 Deputy political editor of The Irish Times, he is a frequent contributor to radio and television debates. He is the author of two bestselling books on Irish politics, Showtime (2009) and The Price of Power (2013). He has also made a number of documentaries for RTÉ television, including Crisis, an account of the 2007-2011 Fianna Fáil-Green government, and Independents’ Day, on the rise of independents and small parties in the last Dáil. He has a degree in law from UCD and is a former Reuters fellow at Oxford University. He was previously the deputy editor and political editor of The Sunday Business Post.