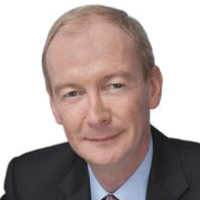 Pat McFadden was re-elected MP for Wolverhampton South East on May 7th 2015, aseat he has held since 2005. He studied politics at Edinburgh University and was chair of Scottish Labour Students 1986 – 87 before becoming a researcher in 1988 for Donald Dewar, then Labour’s Scottish Affairs spokesman. In 1993 he left this role to become a speechwriter and policy adviser to the Labour leader John Smith. Prior to becoming an MP he worked in several roles for Tony Blair, both in opposition and government, and was the Prime Minister’s Political Secretary from 2002.  In 2006, he was appointed as  Parliamentary Under Secretary of State for Social Exclusion at the Cabinet Office. In 2007 he was promoted to Minister of State in the then Department for Business, Enterprise and Regulatory Reform with responsibility for Employment Relations and Postal Affairs. He was contemporaneously appointed to the Privy Council. In October 2014 he assumed the office of Shadow Minister for Europe. Pat McFadden’s parents both hailed from near Falcarragh in Donegal and were native Irish speakers. They emigrated to Scotland and settled in Glasgow with their seven children.  Pat spent many childhood holidays in Donegal and is still a regular visitor.