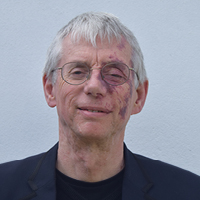 Paul Gosling is a writer, public speaker, broadcaster and researcher. He specialises in the economy, accountancy, co-operatives and government and the public sector. In his most recent book, ‘A New Ireland’, Paul considers the prospects for Irish reunification and the economic case for it.  Paul’s other books include ‘The Fall of the Ethical Bank’, which examines the near collapse of The Co-operative Bank.  ‘Abuse of Trust’, written jointly with BBC Parliamentary reporter Mark D’Arcy, describes the notorious case of child abuser Frank Beck and the related allegations against former MP and peer Greville Janner.  Paul has been a freelance journalist for 30 years, writing for most quality UK and Irish national newspapers.  He contributed the weekly ‘Questions of Cash’ column for The Independent’s personal finance section for more than a decade. At present Paul is engaged by the Holywell Trust, with funding from the Community Relations Council, to conduct interviews with leading opinion formers in Northern Ireland to discuss how progress can be made to unlock political and social progress.  These are available as podcasts. Paul is English, but has lived in Derry for 20 years.