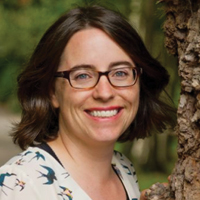 Professor Yvonne Buckley is the Professor of Zoology at Trinity College Dublin and an Honorary Professor at the University of Queensland in Australia. She is a Member of the Royal Irish Academy, an Irish Research Council Laureate Fellow and is a Highly Cited Researcher having produced multiple papers with citations in the top 1% across fields.

Prof. Buckley is an ecologist specializing in environmental decision making, natural capital management and population ecology. She leads a team of researchers and students seeking to understand the fundamental drivers of animal and plant population processes in a rapidly changing world. She uses these discoveries to provide support for environmental decisions in the areas of biodiversity conservation, invasive species management and habitat restoration. She was the founding President of a learned society for ecologists in Ireland, the Irish Ecological Association and is chair of the National Biodiversity Forum providing advice to government on biodiversity strategy. Professor Buckley is originally from North Cork in Ireland and received a B.A in Biology (1st class) from Oxford University and a Ph.D. from Imperial College London (2002). She has worked at Imperial College London, the University of Queensland and CSIRO Sustainable Ecosystems, Australia before joining Trinity College Dublin in 2014.