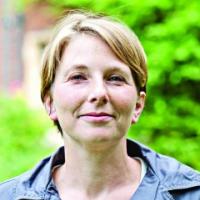 Shana Cohen has a PhD in Sociology from the University of California Berkeley and an AB from Princeton University. Her academic career has focused on the social impact of neoliberal ideas and economic policy, the politics of social action, and theories of collective action and identity. She has conducted research in North Africa and the Middle East, India, the US, the UK, and Ireland. In addition to academic research, she has consulted on program design and evaluation for a number of local and national organisations, as well as for the World Bank. Dr Cohen taught Sociology at George Washington University in Washington, DC and at the University of Sheffield. She then became the Deputy Director of the Woolf Institute in Cambridge, which is concerned with religious and cultural diversity in the UK and Europe, before becoming the Director of TASC in Dublin. She still has an affiliation with the Sociology Department of Cambridge University.