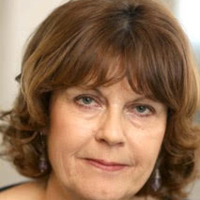 Susan McKay is a journalist, commentator and author from Derry.  She writes for publications including the New Yorker, the New York Times, the Guardian, the Observer, the London Review of Books and the Irish Times, and has made television and radio documentaries.  She was formerly the Northern editor of the late Sunday Tribune. She is writing a book about borders. She has won several national awards for her work.  She was a founder of the Belfast Rape Crisis Centre during the conflict in the 1980s and was CEO of the National Women’s Council of Ireland for 3 years during Ireland’s economic crash.  Her books include “Bear in Mind These Dead” (Faber, 2007) ”Northern Protestants – An Unsettled People” (Blackstaff, 2000) and “Sophia’s Story” (Gill and MacMillan, 1998).